Architectural Digest Names St. Augustine as One of The 25 Best Small Town in America

St. Augustine is used to finding itself on “best of” tourism and lifestyle lists in recent years, and now it’s found new admirers among the national media.
The Oldest City was selected by Architectural Digest as one of “The 25 Best Small Towns in America.”
The post to the magazine website first appeared last week, and St. Augustine is the only city in Florida to make the list.
In explaining its choice, the magazine mentions St. Augustine’s status as the “oldest continuously occupied European-established town in the continental U.S.” and its Moorish Revival–style architecture.
Of course, the Henry Flagler Era buildings are the town’s most famous — along with the Castillo de San Marcos. A photo of the Lightner Museum is featured.
“The Lightner Museum showcases an eclectic collection of fine and decorative art in the former Alcazar Hotel, built in 1888 by Henry Flagler,” the post says.
St. Augustine takes its history and preservation seriously with different designations in various neighborhoods that require certain building standards. It even has the Historic Architectural Review Board to review projects and help them meet the specific standards.
Local builder John Valdes, who has served on the city’s HARB and Planning and Zoning Board, specializes in historic restoration and renovation. He said the city’s architecture tells great stories of its history.

“St. Augustine’s architecture, most of it, speaks to the needs of the people that lived at the time it was created,” he said. “When St. Augustine became more affluent, then the architecture begins to speak to the desires and dreams of people. And it’s a way of representing their success.
“Architecture is basically a language of the times.”
It’s hard to have a favorite building, but Valdes said you can’t help but be impressed with Flagler College. It was repurposed from its namesake’s opulent Ponce de Leon Hotel.
The hotel, now known as Ponce de Leon Hall, is considered a masterpiece of Spanish Renaissance architecture and the first major poured-in-place concrete building in the United States. It’s also a National Historic Landmark.
“It’s the epitome of that particular style, one of the finest ones ever done,” Valdes said.
St. Augustine’s place on the Architectural Digest list is shared with some other major tourist destinations like Cooperstown, New York, and Gatlinburg, Tennessee. But there are plenty of lesser-known selections like Jim Thorpe, Pennsylvania.
Among other prestigious lists that have included St. Augustine recently, in January, the city was named the best place to live in Florida by Money Magazine. 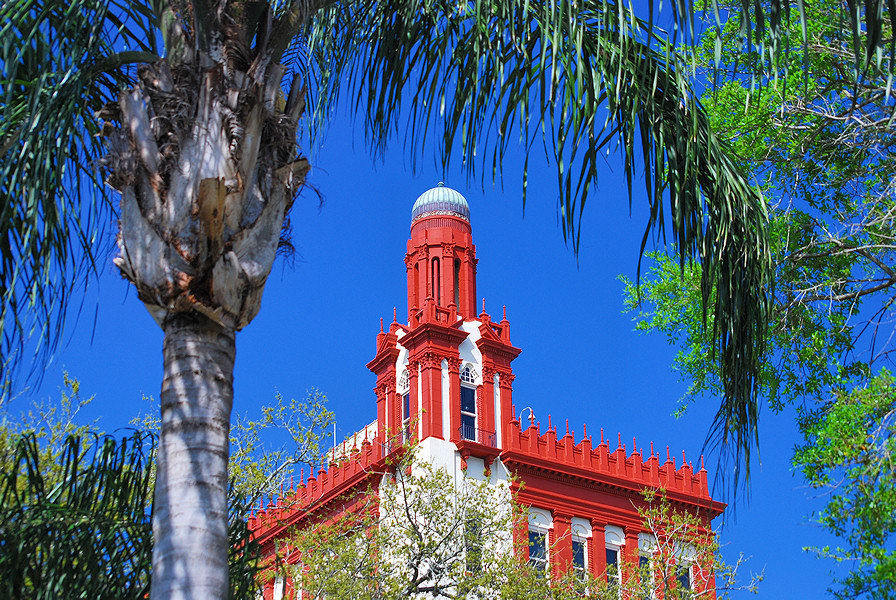